This comic comes from one of my favorite comic artists online, http://www.robot-hugs.com. She has some hilarious and insightful posts about what it’s like to be queer, a woman, and suffering from depression. She draws pictures of her cats too.
This comic particularly resonated with me because sometimes it can be hard to be an Other. Like Santa, you have to be an example of whatever Other you are, non-threatening when answering questions, not acting in any controversial way (lest you set a bad example for all the other nameless Others somewhat resembling you), showing people we have come a long way, that we live in a supposed “post-discrimination” world. Because if we didn’t, you’d probably not be out here in the open, mingling with Sames. 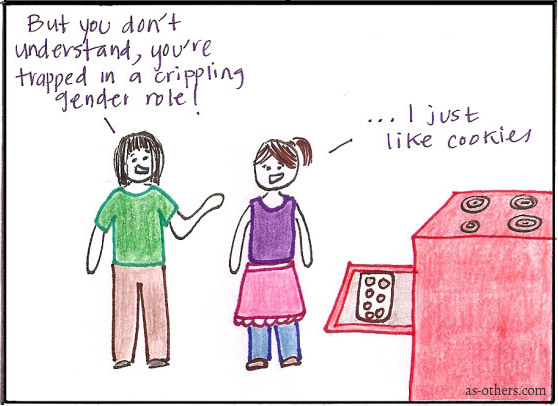